Story so far, Apple and other options

I have been a happy Apple consumer for the last 7 years (2 laptops, upgrades, some accessories). Wonderful customer service once I needed it. Decided not to get another one from them for the following reasons: 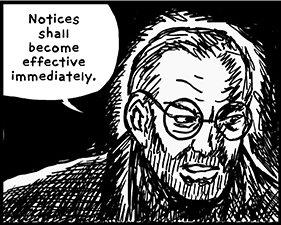 Another option suggested by a hardware techie friend was to buy a cheap used Windows laptop and install my favourite Linux distribution on top or dual boot. I did not want to try this because (1) there are no actual compatibility guarantees and (2) there are battery/hibernation issues. The compatibility argument (1) is a weak one because hardware is more or less supported these days, specially if not on the bleeding edge. There is the possibility though of something not working or not being supported well enough.

Something very common with this option is the battery/hibernation issues . It seems that — although I am no expert on the subject — hibernation and battery consumption is technically difficult and not all hardware plays well with Linux kernels. Having a laptop that needs charging every 2 to 3 hours, instead of saying 4, 5 or more is something that wastes electricity, strains the battery and also beats the rationale of having a laptop. For this reason the buy and install option was rejected. All these led me to look out for a Linux specific vendor.

System 76 and other distributors

Additionally: I was willing to pay more for a Linux first / Linux friendly computer. Needed a thin laptop which I could sit with in a sofa or take with me in a trip. Preferred to buy from a UK firm if possible circulating as much money as I could within the country and also giving a kudos to the local industry.

I do not remember how the company surfaced to my attention, I think from this list: http://linuxpreloaded.com/ while evaluating all available UK options.

Let’s hold our breath a bit

Took a bit to be delivered. This is not a minus; From the order updates I understood that a person assembled the laptop then handled it over to someone else to install the software.

After I saw the email explaining the handover to the delivery I remembered that Entroware’s site mentions that they ship within 5–7 business days not that the order should arrive within 5–7 business days. To make the story short, the machine arrived after 13 days. I did not need it immediately so the waiting did not cause any disruption. In the meantime I compiled a migration list from my previous machine: https://gist.github.com/dimitrismistriotis/f7a84f724a173640b30a

Other things to do while waiting for your computer to arrive

Looking around on the Internet was wondering which version of Ubuntu would be installed, what would the hardware experience be if I downgraded (it must be a version behind) to the latest (elementaryOS)[https://elementary.io/]. Because I have a spare laptop hard drive from a previous machine, I was also thinking of how easy it would be to open the machine and swap hard drives. For my favourite, now dead, 2007 Macbook changing hard drives was ultra easy. In my current 2011 model 15 screws need to be taken off and some of them are of a different type than others. Would Entroware’s Apollo allow a hard drive swap in less than 5 minutes? At the end decided to stick with the defaults and do nothing. A factor that assisted me in this decision is reading the probably latest stable elementaryOS’s iteration does not support the current motherboard. 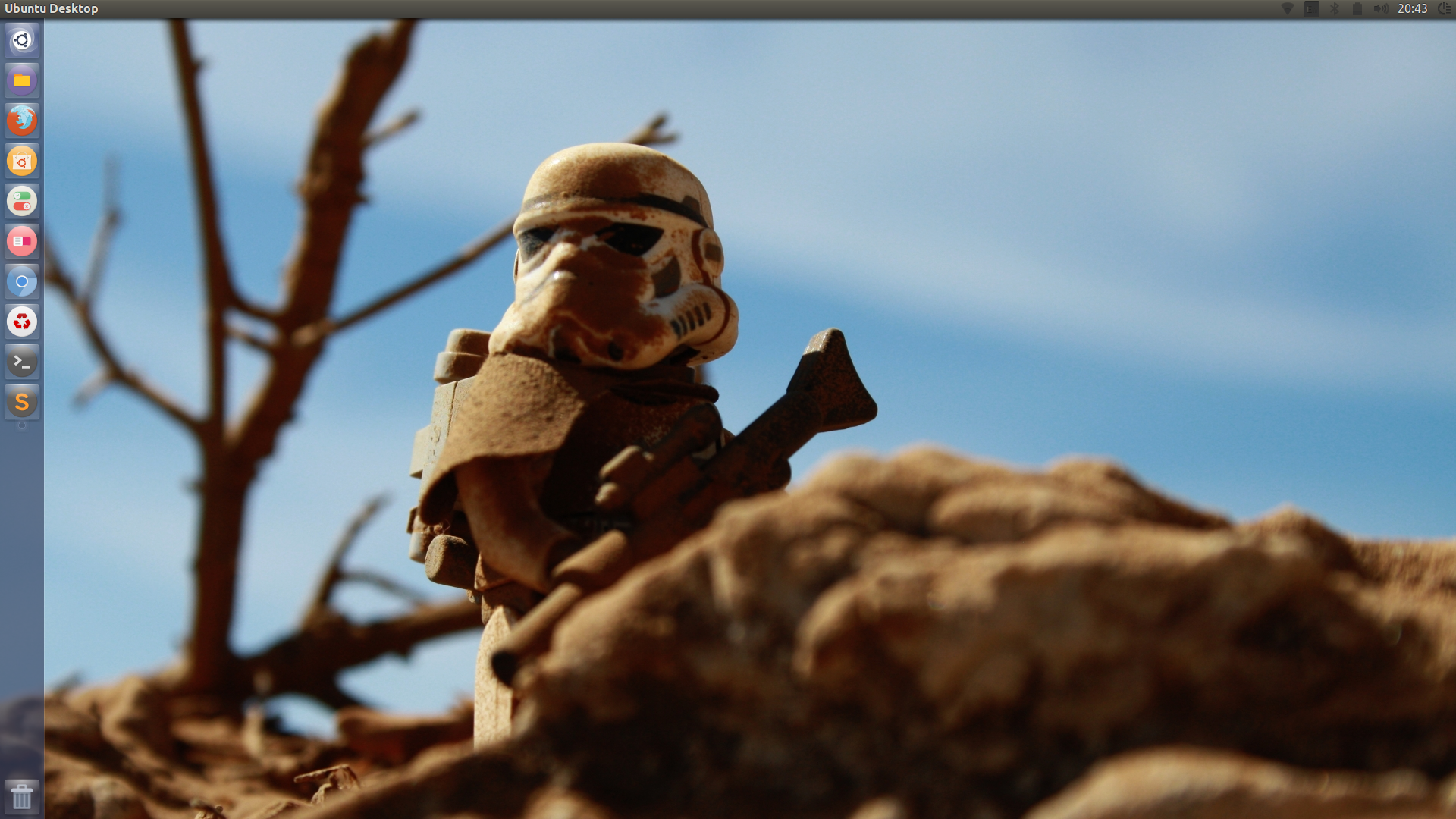 I started using the laptop starting by migrating my files and configuring it from scratch (I do that in every new system so that clutter will not persist between installations). After a week or so, I found myself having migrated most of my stuff organically, using my Entroware laptop instead of my Macbook more and more. Have not finished yet as my list still involves some copying.

At some point I forgot about writing this review post realised that I had immersed into an experience that was one step ahead from the desired “it just works”. It reaches beyond doing a great job. After using it for a week as my main computer at home, I realised that Entroware’s Apollo is the laptop I always wanted to have and honestly never thought I would.

It supports a high screen resolution without any issues, I can plug the HDMI cable to my TV monitor and see a video there (full screen). It is possible to fold it, move to a different room and then open it without everything stalling, this happens because hibernate works as expected, while the machine has a very good (maybe not perfect but nevertheless very good) battery autonomy.

I found myself doing some Udacity classes followed by some word processing. I was holding the machine for some hours in my lap without feeling the battery area getting warmer and warmer which was my Macbook Linux experience. The chassis design is good without a large fruit glowing at the back and it switches on without a big TADAAA sound that needs hackery to become disabled. Bonus points: I know that if I want to upgrade one of it’s components I can unscrew the screws in the back and that’s it… with a regular screwdriver if anyone from Apple is reading this. 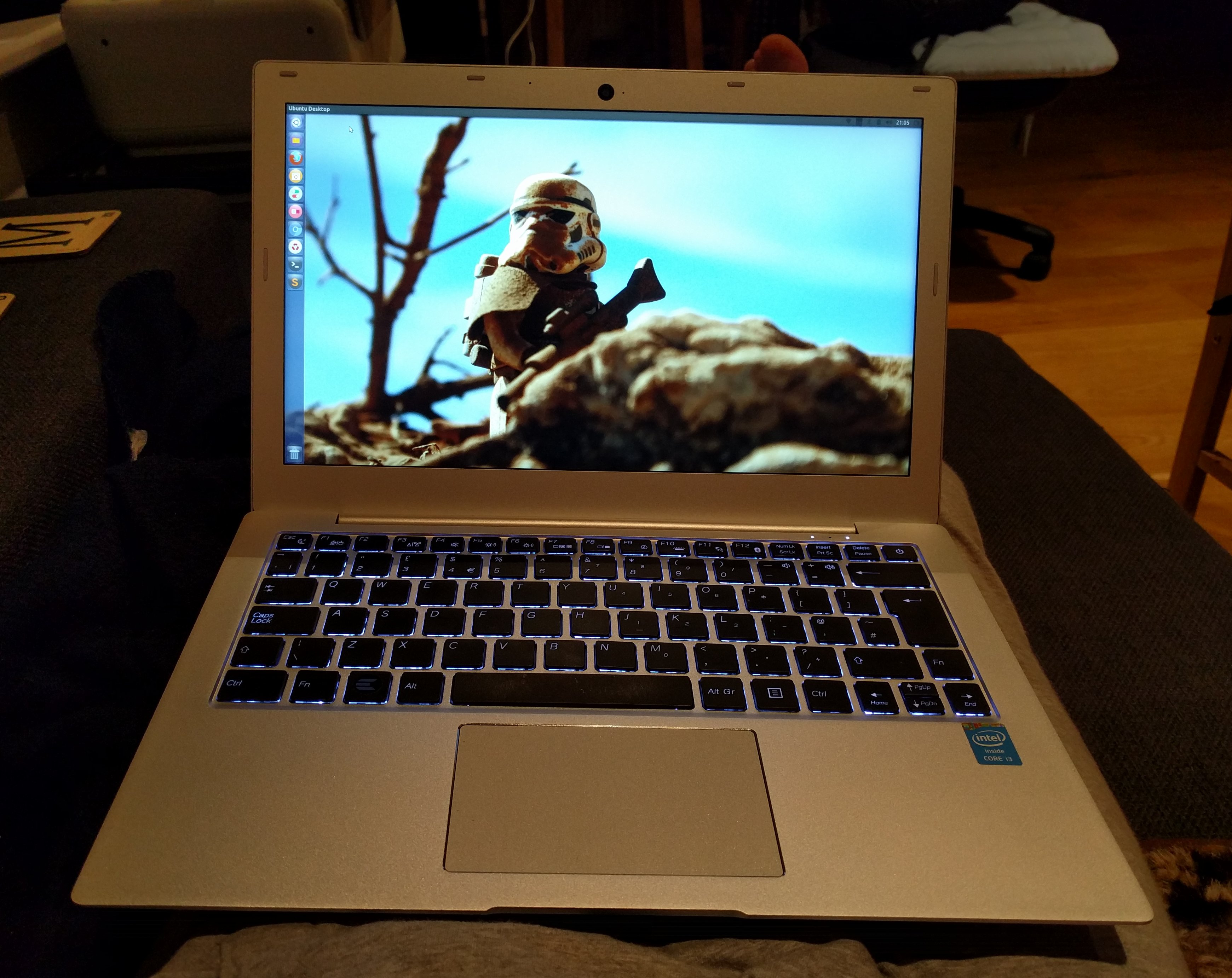 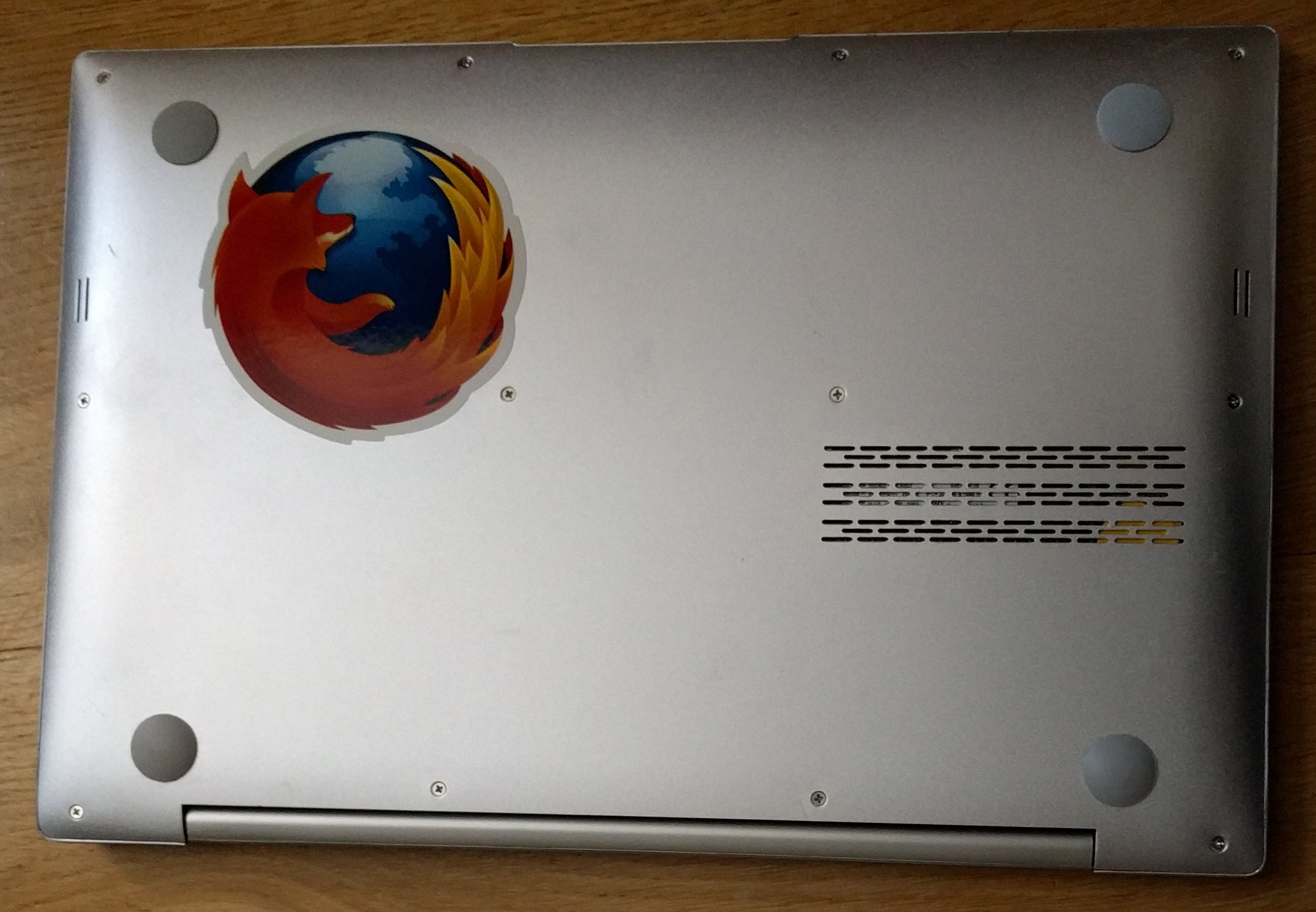 The only thing that felt clunky was the trackpad experience. Initially it is configured to be both single and double button at the same time. It’s top is acting as like a single click trackpad, while the bottom does left and right clicks… Counter intuitive, specially when there is a key that brings up the menus. I found myself sometimes using my mouse which I had almost thrown away. This issue was solved on with elementaryOS so maybe I should wait a bit more or try to dig deeper into Ubuntu’s settings. Other users and reviewers also did not like the trackpad, so I am not alone in this one. Also some times I clicked the pad accidentally while typing popping the pointer of the text to where the mouse pointer was pointing at the time. PITA.

Concluding we have a resounding “yes”. If you are a UK resident interested into having an open source software machine, go Entroware. As simple as that.

1 - 10 rank: 9 while I was over excited. I waited a month before posting this just to see if the initial feeling would wear off but I’m still excited so 9.

Is it too late for a Linux laptop?

Probably. People have started shifting away from desktops, even laptops and the focus shifting towards modern tablets for creative work (Microsoft’s Surface, Apple’s latest iPads) and mobiles for consumption. Entroware might have entered an ever declining market in size.

For what people like me that need to do web and general purpose programming with maybe some data wrangling or VMs/containers, it seems that most of the software needed has already been progressively ported to OS/X. Many people have migrated there probably without considering coming back.

Remember reading recently that in some cases a Linux VM inside an OS/X host performs better with regards to energy consumption than an actual Linux installation. Obviously it has to do with Apple’s tight hardware/software integration but nevertheless for many people OS/X is their day to day OS and Linux if needed is a VMWare/Vagrant/docker stone throw away just to be closer to what their cloud provider uses.

Maybe OS of choice for developers has shifted to OS/X creating an irreversible trend. The above opinion, is backed by StackOverflow’s 2016 data (http://stackoverflow.com/research/developer-survey-2016#technology-desktop-operating-system). Specifically: Last year, Mac edged ahead of the Linuxes as the number 2 operating system among developers. This year it became clear that trend is real. If OS adoption rates hold steady, by next year’s survey fewer than 50% of developers may be using Windows.

The hope for local computer manufacturers, that old but not forgotten Linux promise.

One promise of the open source movement that I had heard in the past is that by having a huge part of creating a general purpose computer - the OS - taken care of, it would be easier for local manufacturers to address needs specific to their audience. In other words produce machines that mass manufacturers could not do or are not willing to. We have seen some attempts failing such as FirefoxOS and some succeeding such as the Raspberry Pi. Although few have tried, Entroware’s attempts somehow revive this “dream”. Manufactured or at least assembled in UK, set-up with a EN/GB keyboard distributed and delivered locally. Probably there is a better value proposition for desktops or servers in SMBs that might need on-site support: what would be better for on-site support than having the people that build the machines repairing them while being one phone call away?

Elementary OS and Recovery media. Got used to elementary, trying the latest Ubuntu at the moment. I actually do not know (I tried to ask the Entroware’s support) how to configure a machine from scratch, in case I ever want to change my hard drive or for any reason. Up to now I am not sure if a plain Ubuntu USB stick and a “click install” is enough or if something else is needed. Maybe a guide on the company’s blog would help. Would be good in case also for trying different distributions without risk. 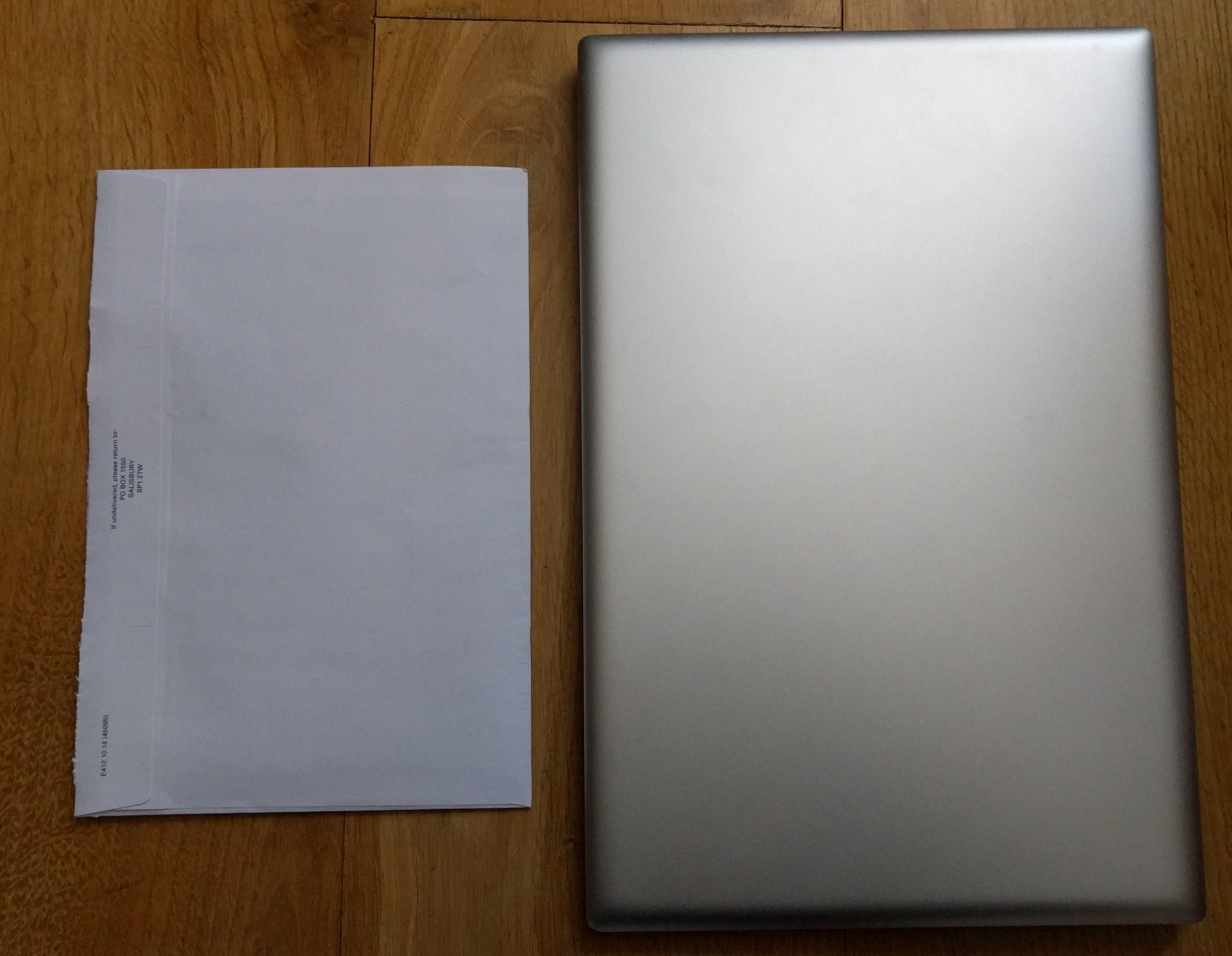